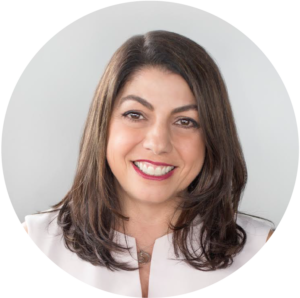 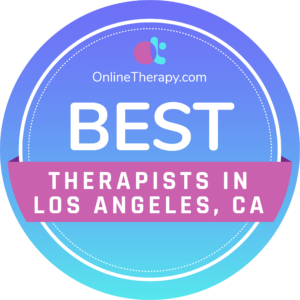 Anita Avedian is a Licensed Marriage and Family Therapist (License # LMFT 38403) and has been practicing psychotherapy since 1996. She opened her practice in 2001 and continues to see clients in Sherman Oaks, Hollywood, Glendale, and Woodland Hills. Avedian Marriage and Family Therapy Corporation was formed in 2018, where Anita merged Anger Management 818 and her private practice into a group practice. Her specialties include working with relationships, anger, social anxiety, and general anxiety. Anita is the Executive Director of Avedian Counseling Center, with 8 locations, helping people work towards improving their daily lives and relationships.

Anita is very involved with the professional community. Anita is the co-Founder and President of the California Chapter of NAMA, and the Founder of Toastmasters for Mental Health Professionals. Anita is an active member of the Armenian American Medical Society (AAMS) and the Armenian American Mental Health Association (AAMHA). She also volunteers to help organize the mental health segment of the annual Glendale Health Festival.

I use a cognitive-behavioral approach to help you identify unhealthy beliefs/ unrealistic expectations of yourself and others, and help you achieve a belief that works better for you. Gestalt approach is used to help you achieve awareness of certain defenses. Thought Field Therapy and Emotional Freedom Techniques are used for those who want a faster approach to relieving symptoms.

Treatment may be brief to address a problem, yet the skills learned may be used without a therapist for future challenges.

In 1995, Anita received her Bachelor of Arts degree in Psychology from the California State University of Northridge. In 1998, Anita received her Master of Science degree in Educational Psychology from California State University of Northridge with emphasis on Marriage, Family and Child Counseling. In order to broaden her specialization and expand her professional services, Anita incorporated into her counseling studies her interest in serving private sector business entities that covered a wide range of industries as well as government agencies. Upon graduation, she had successfully completed two Master’s level certifications: 1) Human Resources (Consulting, and Organizational Development) and 2) Employee Assistance Program.

Anita began her first internship with the Family Violence Project. She worked in a battered woman’s shelter counseling the children and teens, as well as teaching women parenting. Anita worked at UCLA, Center for Community Health, as an Intervention Coordinator for two different research projects studying the efficacy of structured counseling programs for HIV positive teens and adults.

In 2003, Anita became certified in conducting Critical Incident Stress Debriefings. Through her participation in one of the conferences, she also became certified in conducting Thought Field Therapy, which enriches her practice by incorporating energy therapy. During the same year, Anita became a Certified Anger Management Facilitator.  Shortly thereafter, Anita and her former business partner, Laurie Brumfield, incorporated a ABC Centers for Self-Improvement which was dissolved in December of 2007. However, Anita continued her work with Anger Management naming her new company Anger Management 818.

In 2007, Anita worked on the reality show, the Bad Girls Club, Season 2, providing therapy to clients on reality television. Shortly thereafter, she worked on Sunset Tan providing anger management services to one of the employees on the show. Anita has appeared as a therapist on numerous reality-shows including Keeping Up with the Kardashians, Vanderpump Rules and Little Women of LA, and appeared on Good Day LA discussing Road Rage.

Anita proudly supervises two associates. She feels strongly about mentoring and guiding therapist associates into the field of mental health.

Anita finds her work in the various fields and populations successful and professionally rewarding.